GMS was invited to design a series of three sculptural landmarks to create iconographic place-makers within a beautiful and ancient mountainous setting.   The team took the opportunity to create three distinct structures with their own individual informants to form and aspect, but applying the same artistic structural system across the three sculptures, bringing a sense of consistency for visitors.

The first structure takes its form from the fusion of two adjacent arches, joined through an architectural sweep. The geology of the region is largely derived from a series of meltwater streams that impacted on the valleys between the mountains during the melting of the last ice-age. The GMS team looked to reference these ice-filled valleys through the marriage of two opposing arch structures. The form is a polar loft between the two shapes, leaving a ‘valley’ between them which creates the roof of the sculpture. 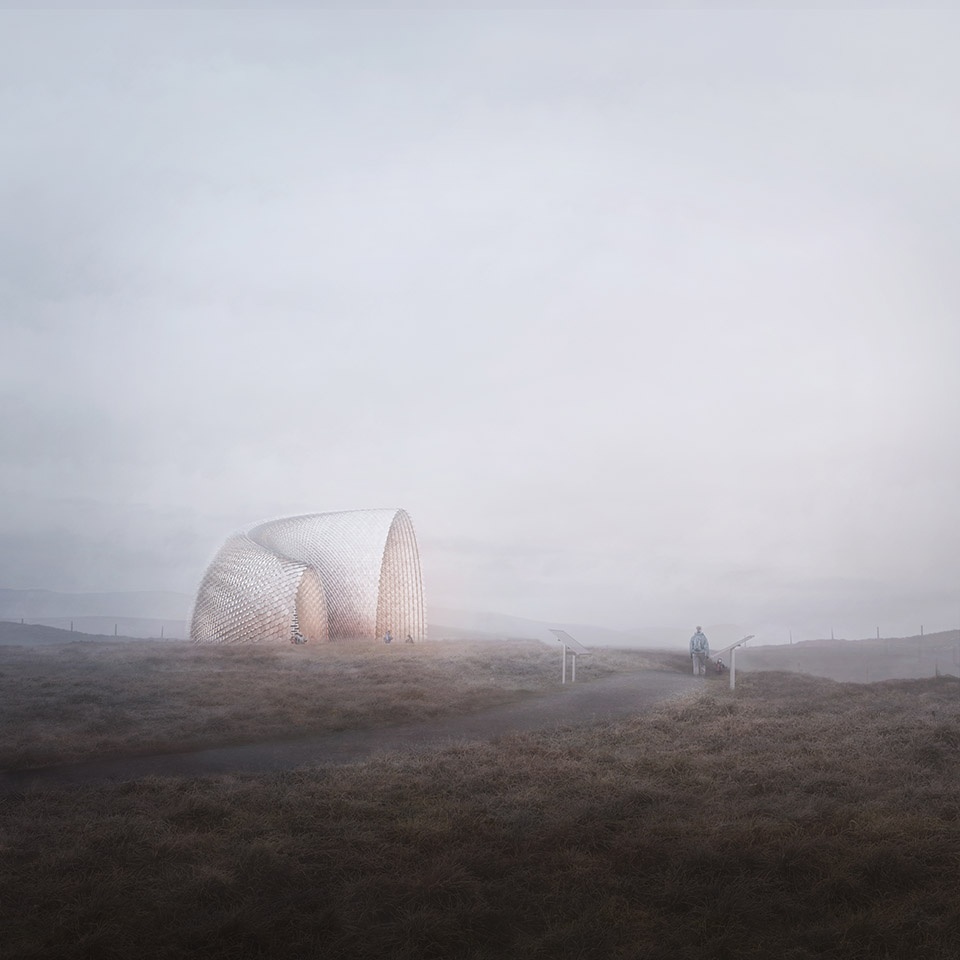 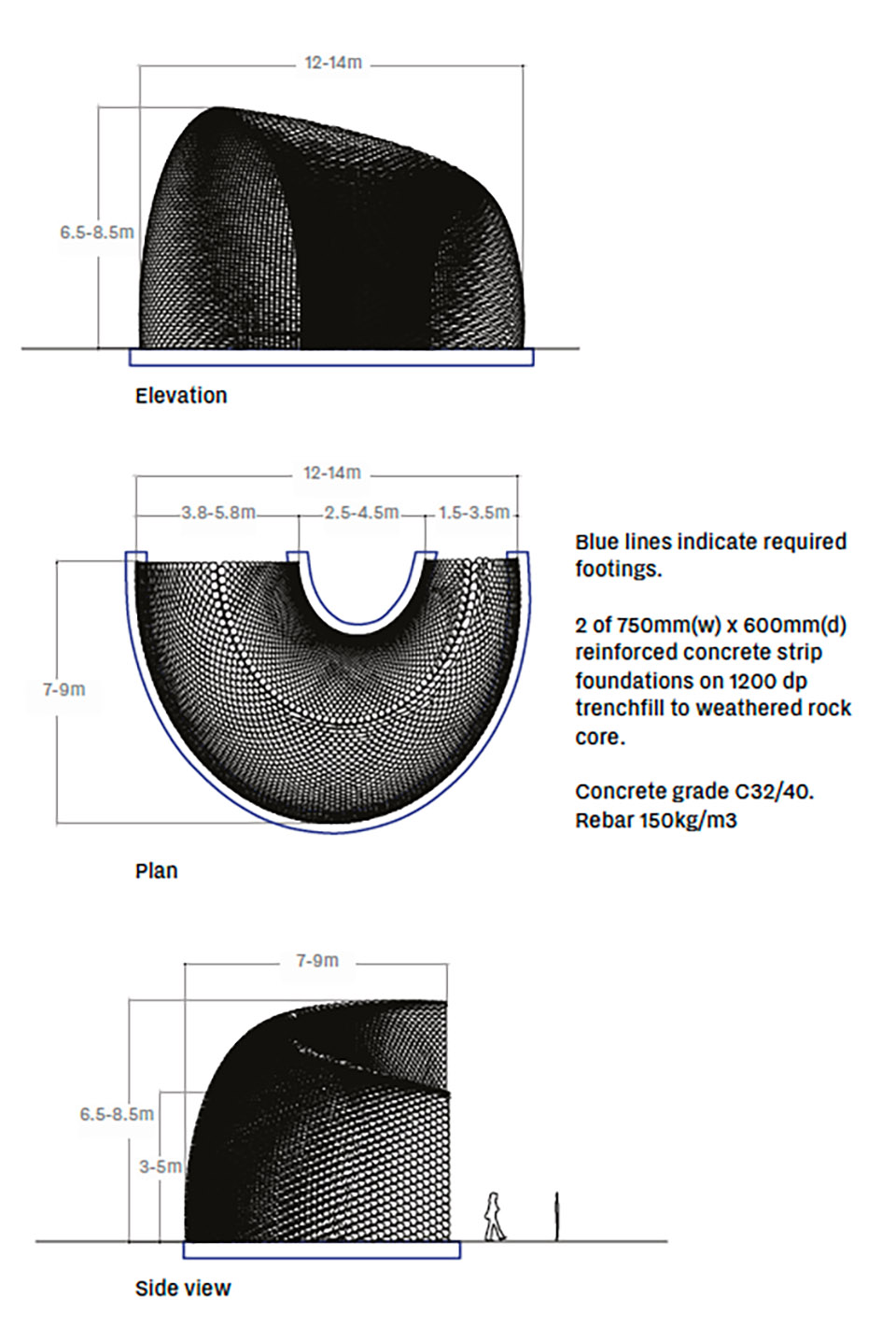 The second structure in our series of sculptural landmarking manifested a vertical ellipse located in the centre of a prominent roundabout. A jagged intervention of verticality and texture, the form pierces the sky and marks the entrance to the mountainous surrounding landscape; a beacon in the distance, natural in shape and contextual scale. 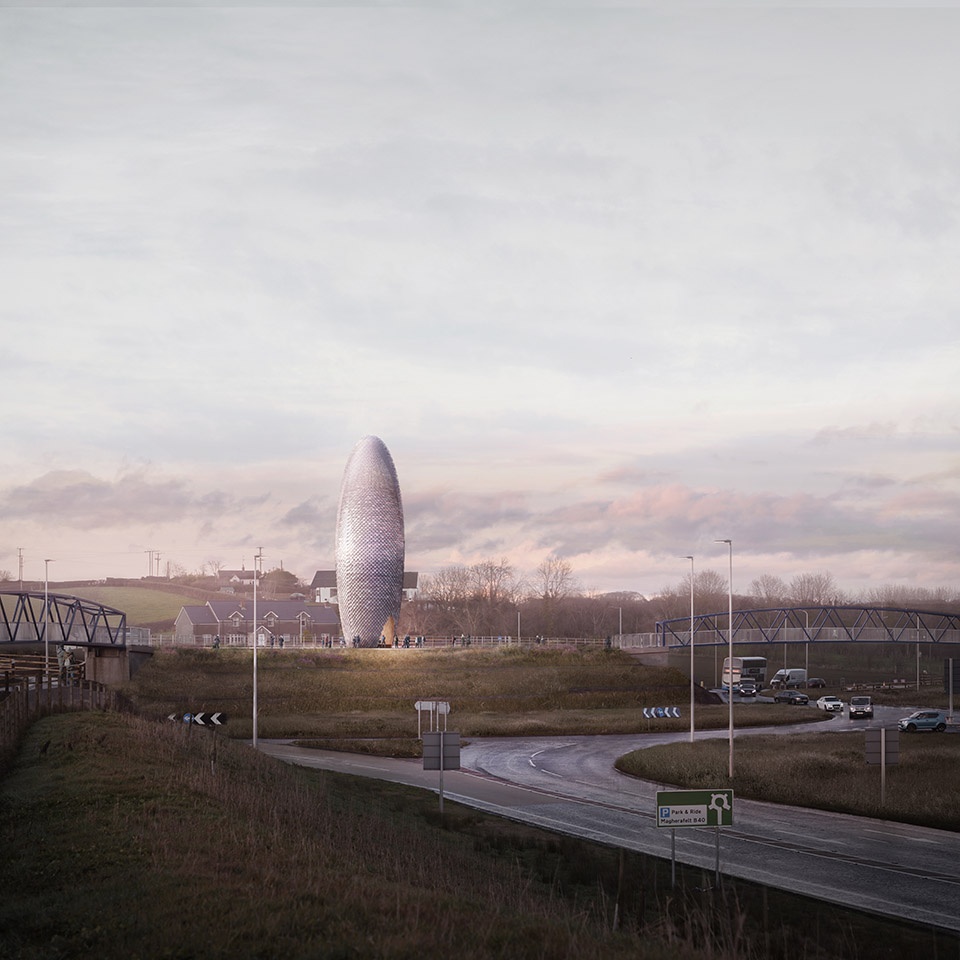 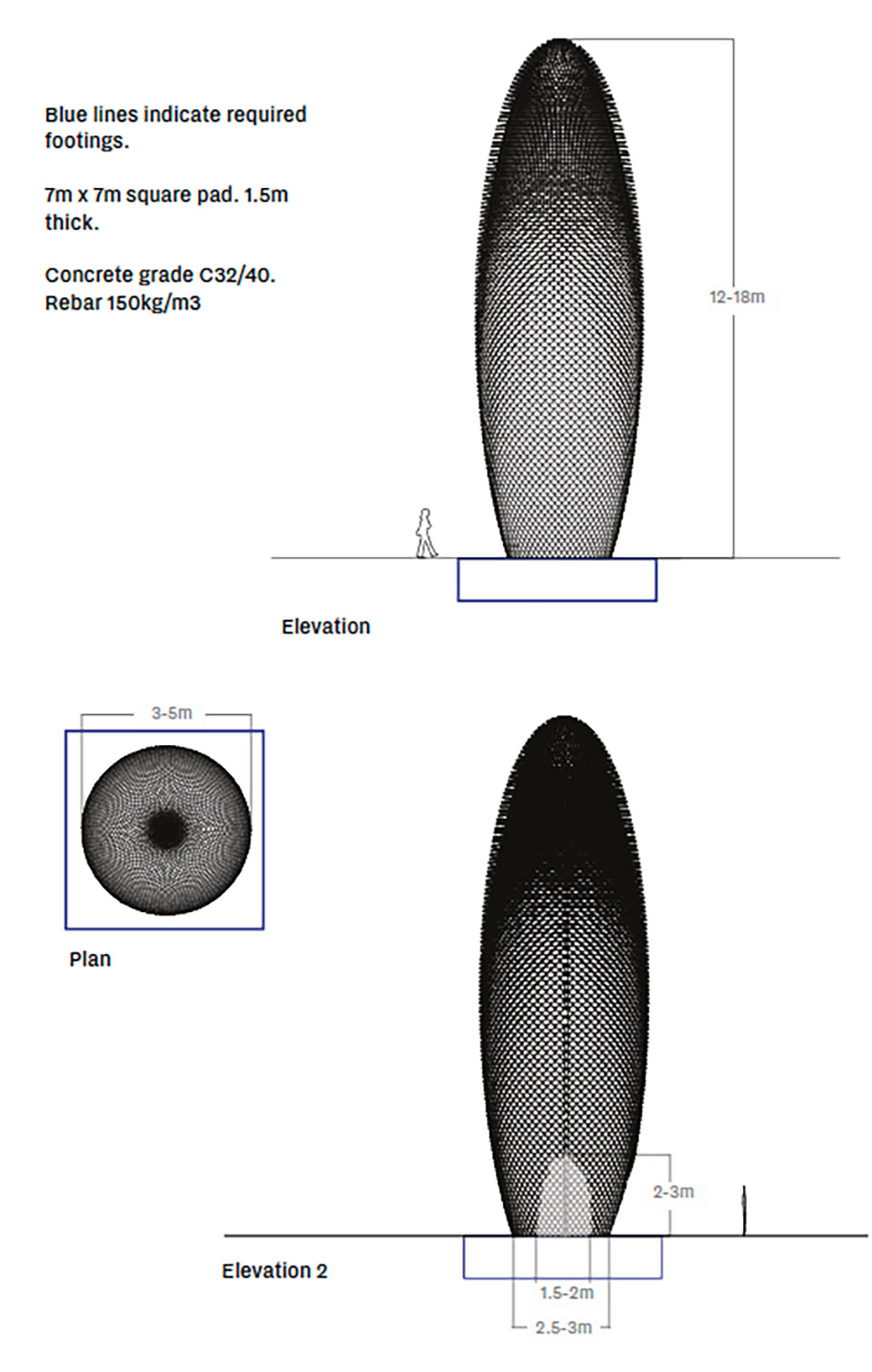 The final addition to our tryptic of sculptural landmarks was inspired by ancient Raths which were discovered near the site. Their circular construction was structural as well as social, and the perimeter seating element as well as the shape of the piece is a direct reference to the iron-age structures. 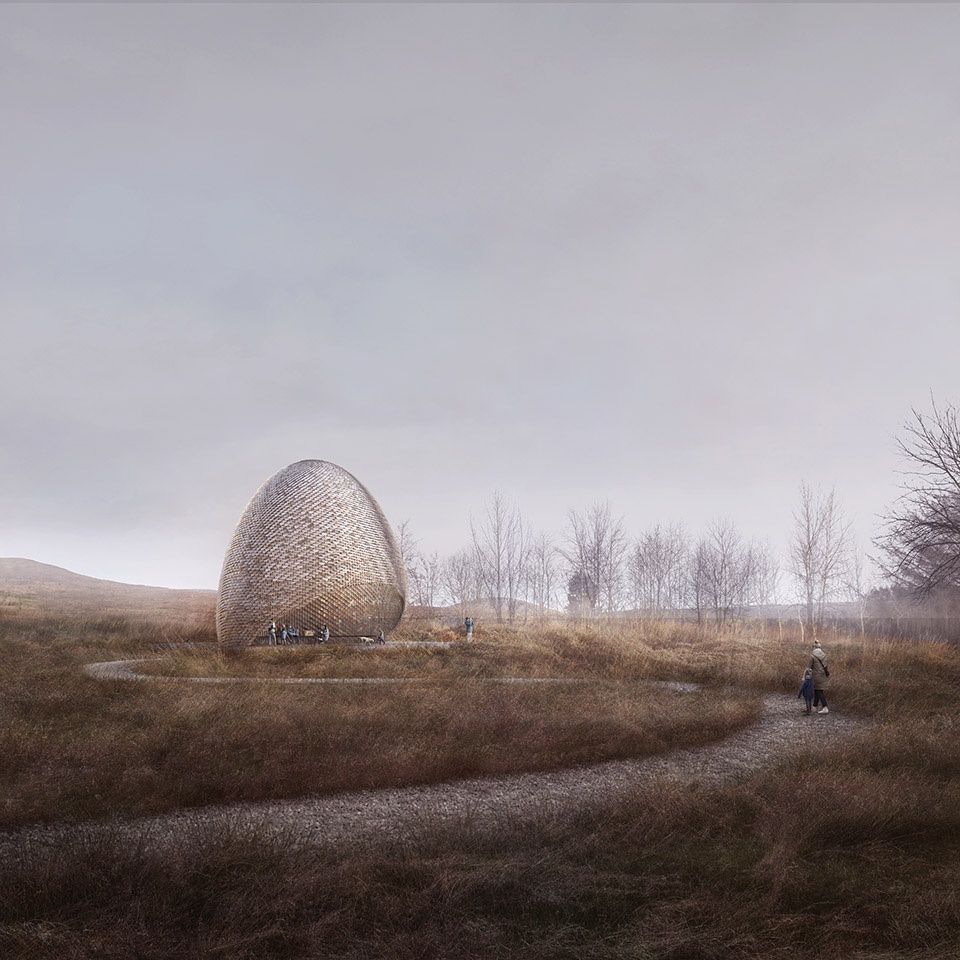